We are proud of being able to boast one of the world's most prestigious awards, decided by an independent jury. In 2015 our cooked octopus landed two stars at the Great Taste Awards. A distinction that highlights the quality of our wares, and in this case one of our specialities: octopus.

Chosen among 10,000 products from all over the world, the flavour of our cooked octopus won over the more than 400 judges who participated in tastings for the so-called Oscars of the food world.

The two stars carried off at the Great Taste Awards 2015 mean more than just an accolade to us. They represent international recognition of the way we work, the values of doing things the traditional way, of sustainable fishing and, of course, of the flavour of our octopus. 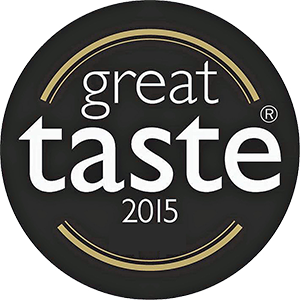 More than 120 internationally recognised European chefs sat on the jury that awarded us two stars proclaiming the flavour and quality of our octopus to be outstanding. We are proud to have received this acknowledgement at the 2016 edition of the Superior Taste Awards in Brussels, where every year hundreds of companies participate with products from more than 100 countries.

We firmly believe that tradition can combine perfectly with innovation. We constantly research new products and ways to improve our production processes. We have adapted to market needs and always strive to stay at the forefront of the canning industry. We can describe ourselves as a modern company that makes traditional products.

At Salanort we firmly believe that the only way to save the oceans of tomorrow is by looking after them today. Constantly bearing in mind this philosophy of protecting our environment, Salanort always uses sustainable fishing techniques such as seine fishing. The future of our oceans largely depends on how we work in them, and that's why it is important to use fishing techniques that take care of our seas.

Ours is the story of a company that has always paid great attention to its canning tradition by using 100% artisanal processes to prepare its products. We obtain a top quality product because we only work with the very best of raw materials. At Salanort we guarantee that our artisanal products fully meet all quality standards.

From Getaria to the world

In honour of Getaria's most international son, Juan Sebastián Elcano, our products travel to all four corners of the world. Today we export approximately 20% of or products. We are ambassadors of products from Getaria in countries like the UK, France, Germany, Italy, Belgium, Slovenia, Egypt and Singapore. We take the quality of Getaria all over the world.